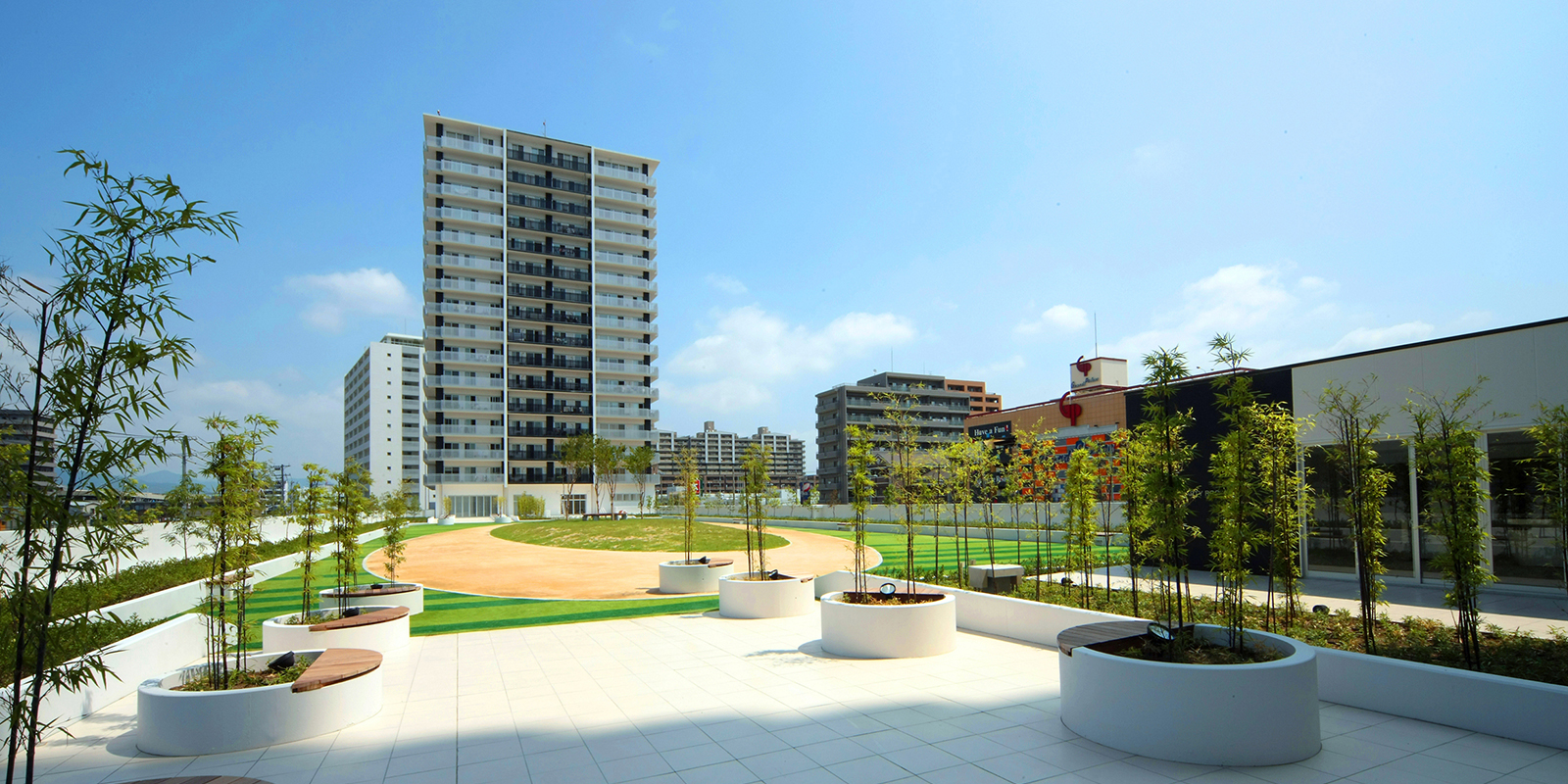 This residential development plan for the Hiroshima bay area sits in an urban district sandwiched by many rivers and surprisingly lacking in greenery. The site is also hemmed in by major roads, calling for an extremely well-considered plan on how living areas should be constructed in this space, and how residents should spend their time. One aim of this project was to establish a central park larger than 3,000 m2 large, on the principle that children living in high-density urban areas need an open space (a vacant lot in the city), and the building concept was designed around this park. The overall goal of this plan was to create a productive community founded upon bountiful open space that has not been over-developed. The building featured artificial ground on the upper levels of its parking area, which was turned into a park, and the two residential towers were placed on opposite sides. The exterior of the structure has a white keynote in order to blend into the sky, based on color research done across the entire bay area. 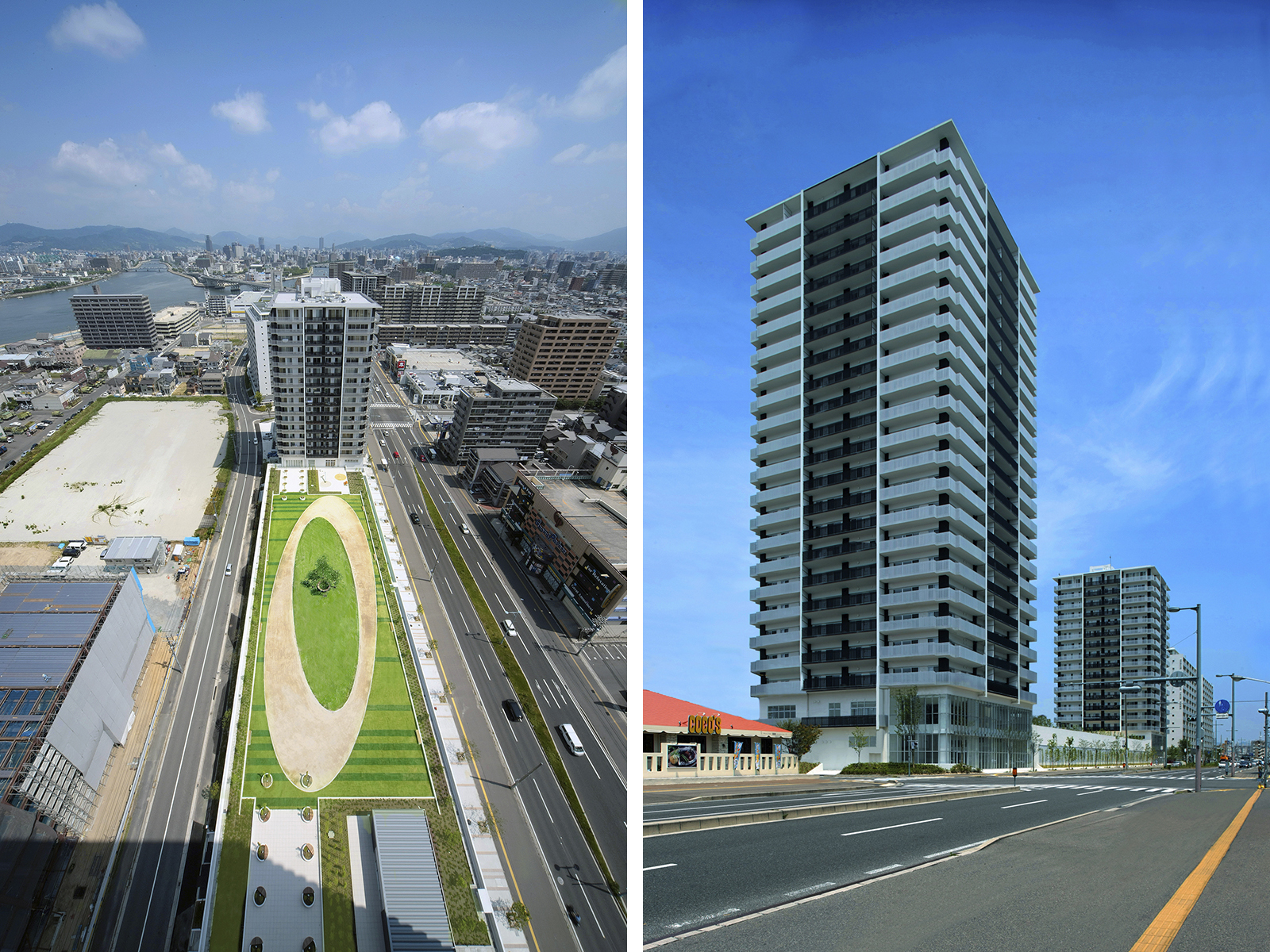 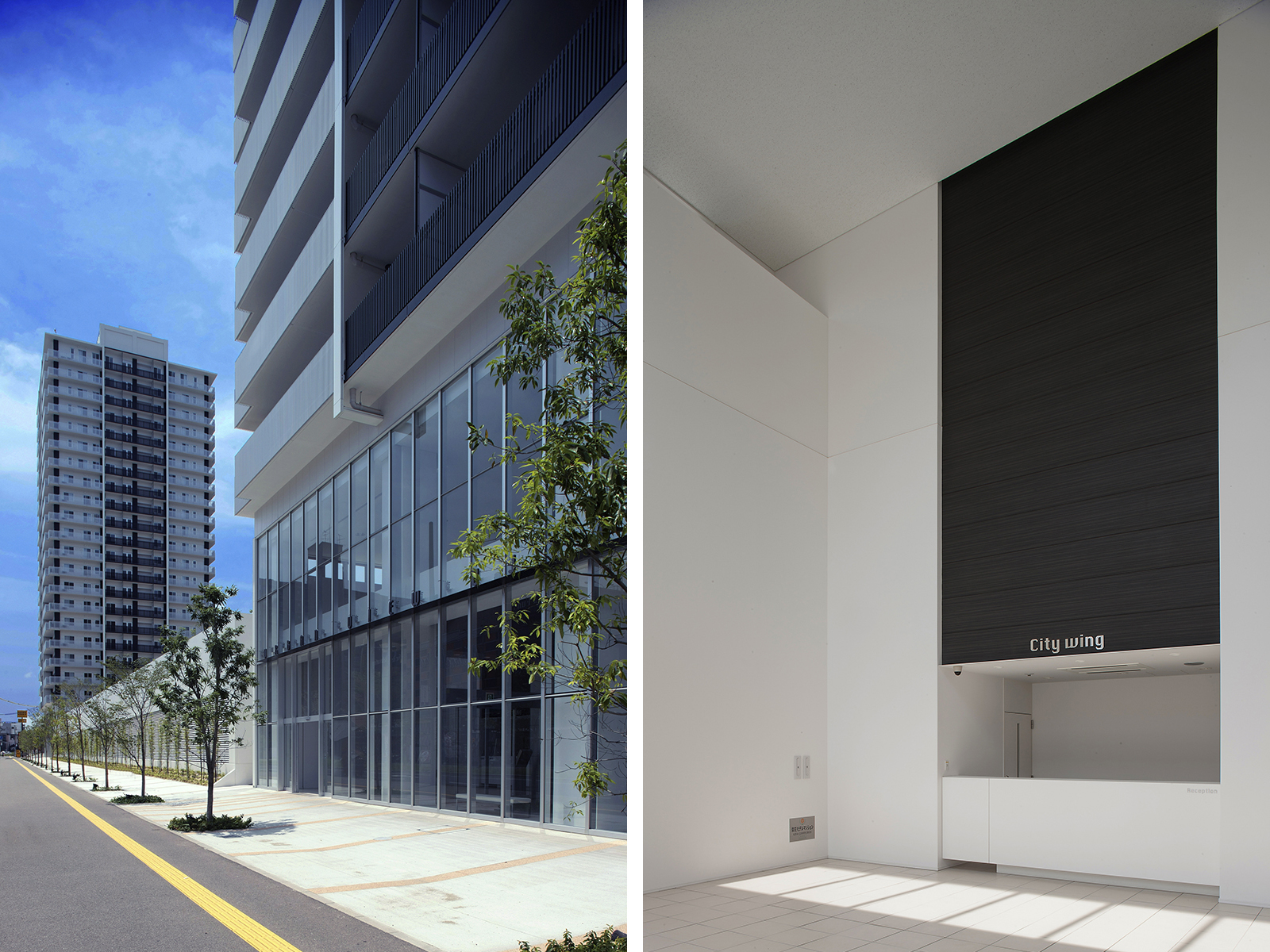 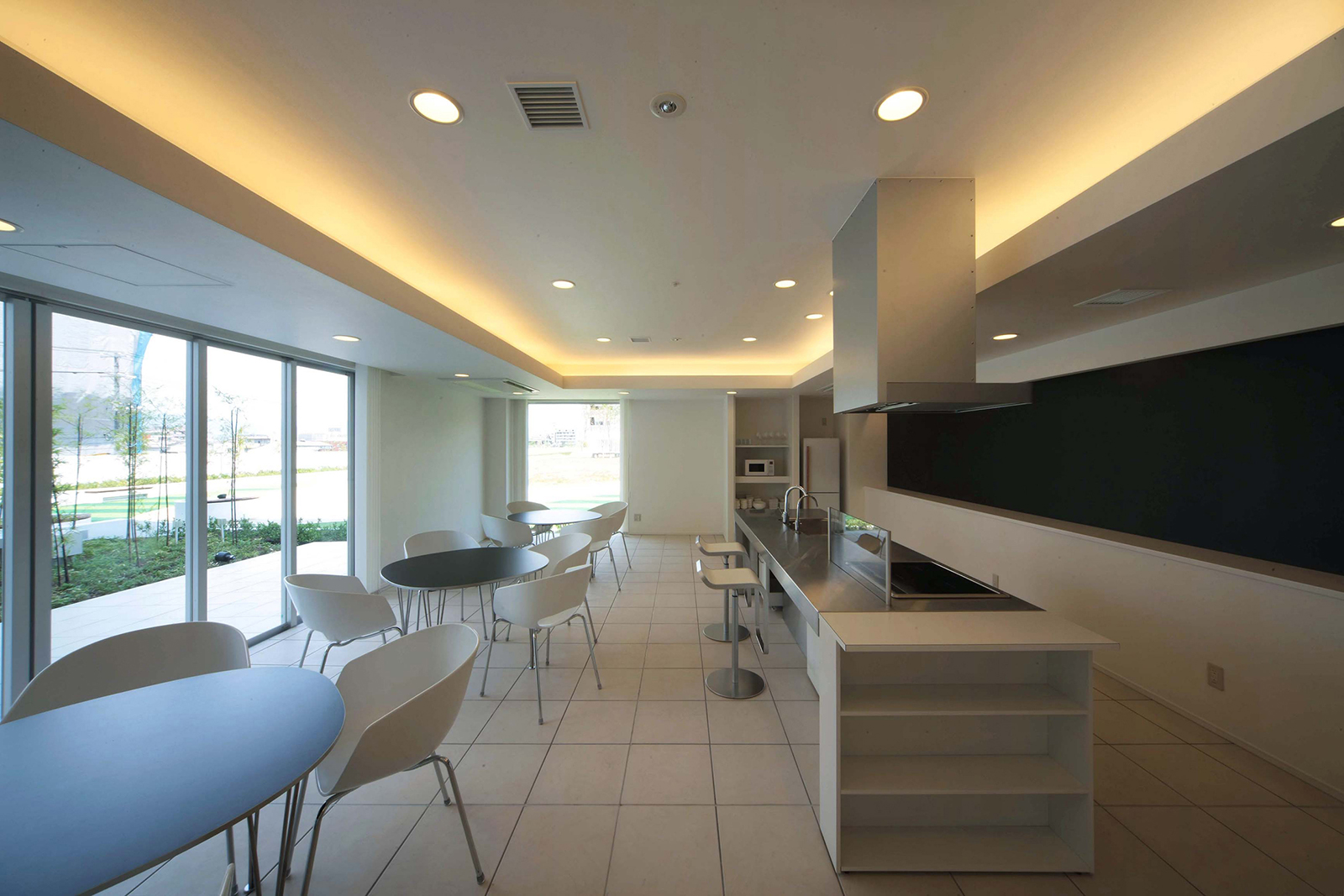